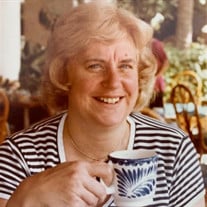 Doris Ann Cunningham (was Haynie), age 82, died on 17 April in Waltham, Massachusetts. She was born on April 23, 1936 in Brooklyn, NY of Kamps John Haynie and Marion Ann Haynie (was Watson). She graduated from Garden City High School on June 28, 1954, as a member of the National Honor Society. She played the clarinet in the high school band and was active in her church’s youth group. She attended Mt. Holyoke with the support of the Garden City Parent Teacher Association for “High Scholarship and Activities”, and on the College’s Emily Dickinson Scholarship. She graduated with a Bachelor of Arts degree in English Composition on 1 June 1958, and was active on the newspaper and the student government association. After graduating, she married Robert Frank Cunningham on Valentine's Day in 1959. For a few years afterwards, she worked as an elementary school teacher, later earning a Master of Science in Education from Hofstra University on October 1st in 1961. Around this time Doris and Bob became close friends with Joan and Bill Wanner, spending many weekends and vacations together. Their families remain friends to this day. Doris enjoyed participating in a bowling league and playing duplicate bridge. She loved spending the holidays with her family. Doris became a well renown dog breeder, handler and trainer, supporting both the Eastern Springer Spaniel Club of Long Island and the regional Eastern English Springer Spaniel Club in many roles. She trained her dogs and taught classes for others’ dogs. Many of the dogs she trained earned degrees in obedience and agility and won their breed championships. Doris’ dogs also competed in the Madison Square Garden Dog Show several times. Several appeared in print and television commercials for a variety of companies, including Polo by Ralph Lauren. Doris became great friends with many others interested in all aspects of dog breeding and training. Some of her fondest memories were of road trips to and from dog shows, sharing rooms with her friends and their dogs, and collaborating, competing and cheering on her favorites. She will be remembered as a devoted and caring wife, mother and grandmother. Doris is survived by her three sons and their spouses, Robert and Barbara, David and Pamela, and Daniel and Patricia, and eight grandchildren: Nick (Sarah), Will, Margo, Emily, Brian, Andrew, Lauren, Owen. She was preceded in death by her husband, Robert Frank Cunningham. Family and Friends will gather Saturday May 4th 9:00AM - 11:00AM at the Roslyn Heights Funeral Home. A prayer service accompanied by eulogies from family members will begin at 10:00AM. Interment will follow at Nassau Knolls Cemetery Port Washington, NY.

Doris Ann Cunningham (was Haynie), age 82, died on 17 April in Waltham, Massachusetts. She was born on April 23, 1936 in Brooklyn, NY of Kamps John Haynie and Marion Ann Haynie (was Watson). She graduated from Garden City High School on June... View Obituary & Service Information

The family of Doris Ann Cunningham created this Life Tributes page to make it easy to share your memories.

Send flowers to the Cunningham family.