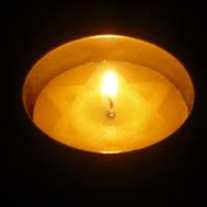 It is with sadness that we note the passing of Gloria Greenstein on March 19, 2020, just shy of her 90th birthday. She was a loving mother, grandmother, sister, aunt, and great aunt and a friend to the world. More than this we note a life of love and joy and dedication to family and friends. Gloria was born in the Williamsburg section of Brooklyn and was raised by her loving parents, Helen and Samuel, and was joined, not many years later, by her sister, Rosalie. She attended school at Ten Eyck Walk and Eastern Regional High School and was a non-matriculated student at the New School. She worked as a model at Barbara Dance Frocks and met her former husband while working with friends as summer crop-gatherers in the Catskills in 1950. They married and settled in the Bronx, moving to Long Island in 1955, to the house in East Meadow, where she remained. She had four children; Mark, Lori, Gail and Gary, with Lori predeceasing her in childhood. She was a loving mother who is remembered for her dedication to her children and family. She would plan well ahead for parties, cared, along with Rosalie, for their parents and her in-laws and later found a new sort of family as well at Jones Beach. In addition, in what was unusual for the time, she became part of the larger family that included her ex-husband, Stanley, his new wife, Jane, who was loving and giving to her, and their two children, Scott and Tracey, to whom she became “Aunt Gloria”. She loved gift giving and planning get-togethers all through her adult life, and marked many a joyous occasion with an original poem. She also loved reading (and was a fan for many years of the local bookmobile) as well as antiquing and decorating, creating a home that welcomed friends and families and scores of her children’s friends, who remember her to this day for her kindnesses, candy closet and Charles Chips. She was also a president of the local B’nai Brith and was a longtime organizer of their support visits to Northport Veteran’s Hospital. She is survived and held in loving memory by her children, Mark, Gail, Gary (Julie) and her grandchildren, Maya, Eli, Maddy and Siddy as well as her sister Rosalie (Louis), and nephews and nieces and two great nephews and Jane, Scott (Elina) and Tracey (Justin). Many of her children’s friends still think of her as a “second mother”. Given the pandemic, the internment is limited to immediate family. Donations in her memory can be made to the Alzheimer’s Association.

It is with sadness that we note the passing of Gloria Greenstein on March 19, 2020, just shy of her 90th birthday. She was a loving mother, grandmother, sister, aunt, and great aunt and a friend to the world. More than this we note a life... View Obituary & Service Information

The family of Gloria Greenstein created this Life Tributes page to make it easy to share your memories.

It is with sadness that we note the passing of Gloria Greenstein...

Send flowers to the Greenstein family.