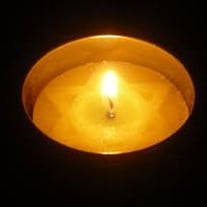 Harold (“Hal”) Levy died on December 20, 2017, in Port Washington, New York, from the complications of congestive heart failure. He was 93 years old. Levy was born August 9, 1924, on the Lower East Side, and moved to Bensonhurst during his childhood. He attended City and Brooklyn Colleges where he played on the college basketball team. He served in the United States Army in 1944 and 1945, seeing combat in Germany as a mortarman, private first class. After the war he was graduated from Brooklyn College and then embarked on a career as a CPA. In 1952, Levy co-founded a Manhattan accounting firm, eventually called Apfel, Levy, Zlotnick along with his childhood friend Milton Zlotnick. Clients included a large number of individuals and small businesses, particularly in the New York garment industry. The firm continues to operate under that name although Levy and Zlotnick retired in 1991. Levy was active in local electoral politics and was the Freeport Democratic zone leader from 1962 until he left Freeport in 1981. In 1968 he helped organize the improbable victory of Allard Lowenstein, a progressive anti-war candidate, in New York's Fifth Congressional District. His efforts included housing young volunteers from far-away states who came to engage in the door-to-door, person-to-person voter engagement which won the campaign and which were emblematic of his own focus on achieving results via direct inter-personal relationships. In 1971 the Democratic Party sent him, along with his sons, to help organize campaigns and recruit candidates to run for the state legislature in Tunica County, Mississippi, on a slate with Charles Evers' gubernatorial candidacy. His 1946 marriage to Beatrice Kachuck ended in divorce. They lived in Brooklyn, Queens, Levittown, and Freeport. They had two children, Paul and Dan, both of Washington, DC. In 1981 he moved Rockville Centre to join his second wife, Rona Seider, and her two children, Shari Jacobson of Lewisburg, Pennsylvania and Mitchell Seider of Scarsdale, New York. The couple lived in Rockville Centre and in Marlborough, New Hampshire until 2012, when they moved to the Amsterdam at Harborside in Port Washington. Both of Levy's spouses pre-deceased him. He is survived by two children and two step-children, eight grandchildren, and one great-grandson. He was always surrounded by a large, loving extended family several of whom describe him as a surrogate brother/father/grandfather. Although he grew up in an orthodox Jewish community and his extended family included several rabbis. he was secular as an adult. Still, he followed family tradition in that family, business and political associates, and other friends came to him with their problems. His warm heart and generous spirit always shone through during those discussions and one always felt more confident about how to proceed after talking with Hal Levy. In lieu of flowers, please honor his memory and follow his example by committing your time, energy and money to electing a progressive candidate in a swing district. In the alternative, you might consider one of his favorite causes, the ACLU

The family of Harold Levy created this Life Tributes page to make it easy to share your memories.

Send flowers to the Levy family.