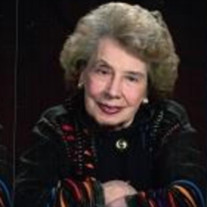 Life-long New Yorker, Jo Esteve Solomon died peacefully January 20th, 2021 at her home in Port Washington. Josephine was born in Manhattan before the Great Depression and in her own words, the first twenty years of her life included a B.A. degree from N.Y.U. (Majors in Spanish and Economics) and two summers at the University of Mexico. Post WW II years included a husband, a son and two daughters. She described the challenges of raising children during the social, political, sexual revolutions with its clouds of the drug culture, as an era in which there were no guidelines. Nevertheless, Josephine and her husband, Jack Solomon emerged those years with fine and interesting offspring. She instilled in them a thirst for knowledge, life experience and a recognition of the precious nature of life. As each grew and moved to distant places, each testing their new-found independence, Jo dreamed that each lived just around the corner and would meet her often for coffee, conversation and advice. It would take many years until this dream would begin to take shape. Living in suburbia, Jo was provided with the tools to help Jack build a thriving and successful law practice. In the days when the finest attorneys would entertain clients rather than consider advertising, Josephine turned her suburban experiences and skills at having dinner parties into an art-form. With organizational work, P.T.A.s and substitute teaching as ‘raw’ material, she developed a talent for story-telling, and the uncanny ability to infuse energy and quick wit into social situations and make people feel instantly comfortable. Josephine had the ability to relate to most people and developed meaningful relationships throughout her life. Creative and artistic throughout her life, Josephine painted and wrote several notable literary works. Her one act play: "WAITING PLACES: The Dinner Party" was selected by WIR Theatre Repertory, Great Neck, in 1979 for production. The very "off Broadway" presentation ran several weeks and was favorably reviewed with another one act play in SHOW BUSINESS, an industry newspaper, on April 5, 1979:... 'WAITING PLACES' a short vignette still in development, by Jo Esteve Solomon, has the bitter edge of a Jules Feiffer cartoon. A suburban couple, filled with corporate anxiety, await the arrival of dinner guests ---his business superiors. He rehearses dumb jokes while she drinks herself into a stupor… A unique art form/self-publication was completed by Jo sometime after that play was written and performed. It is a short story that deftly captured the persona of her mother. It is called 'My Mother's Song' and it is written on handmade paper, each copy hand-bound by Jo Esteve Solomon. This literary/art project is priceless because it strikes a personal chord, but also because it is so original and so wonderfully crafted. Every aspect of it shows love, from the way it is written to its creative presentation. It is a 'one of a kind art form. Her paintings, both free-form abstract expressionist and deliberately planned hard-edge illusions were shown in several galleries in NYC and the Island. They have won prizes and awards and a number were sold. Her studio in the white brick house in Woodbury was a refuge, but she also loved to travel. Jo and Jack traveled through the Mid-East and Asia, Europe and the United States. Josephine also traveled, as she has put it, “emotionally and spiritually through economic Depression eras, Wars, a religious childhood (with unorthodox parents) into a marriage to a husband (with orthodox parents). True to her giving nature and the love story that they lived, when Jack was diagnosed with cancer, Jo put aside her painting to work with Jack managing his office in Manhattan for several years before his life ended prematurely in 1985. With much more to do, Jo took on a project with the West Side Jewish Center in the heart of NYC garment district, which grew into a full-time job for the better part of two decades. Eventually, she moved into Port Washington where Jo had many friends. She was a unique and remarkable woman, a model of resiliency for all who were lucky enough to share her life. She could not have known the depth and breadth of the love she inspired in everyone she knew. Josephine is survived by two of her children: her son Edward Solomon of eastern Long Island, and Jacqueline Solomon (Riley), husband Gerald Riley of Columbia, Maryland, grandson, Jack F. Solomon Riley and partner, Tina August of San Francisco; a brother, Edward Esteve of Lake Wales, Florida, adoring nieces and nephews: Chris, Kimberly and Greg Esteve, Robert, Dave and Mark Sheehan, Anne Olsen, Cathy Leslie, many grand-nieces and nephews and scores of friends. A memorial service for Josephine is planned for the summer of 2021. Additional information will be added to this posting in late Spring. In lieu of flowers, Jo’s family requests that donations be directed in her name to the Wilmer Eye Institute or to Memorial Sloan Kettering Colon Cancer Research program. Funeral Services are limited to the immediate family. Contact Jacqueline Solomon for additional information at Jo's Port Washington phone number.

Life-long New Yorker, Jo Esteve Solomon died peacefully January 20th, 2021 at her home in Port Washington. Josephine was born in Manhattan before the Great Depression and in her own words, the first twenty years of her life included a B.A. degree... View Obituary & Service Information

The family of Jo Esteve Solomon created this Life Tributes page to make it easy to share your memories.

Send flowers to the Solomon family.