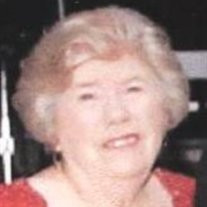 Marilyn D. Smith, 86, of Pembroke Pines, Florida passed away Monday, December 9, 2013 at Winthrop Hospital after a long illness. She was the wife of Allen A. Smith with whom she spent 45 years of a great marriage. She was born in Brooklyn, daughter of the late John and Estelle Murray. She graduated from Bishop McDonnell High School and Hunter College of the City University of New York with a degree in Economics and Math. While in high school and college she worked at a variety of jobs including Western Union, Chase Manhattan, Blue Cross and Kresges (K-mart) and Standard & Poor’s. She was proud to attend the Commissioning of the USS Missouri with her father who implemented the electrical design of its famous guns. After her marriage to the late John Eugene Donovan, she worked at Republic Aircraft calculating the wing specifications of the P-47 and operated its Univac Computer. She then attended Hofstra University and received a Master’s in Education, and later attended CW Post and obtained a Master’s in Library Science. She became a school teacher and taught math at middle schools in the Smithtown School District for many years. She loved traveling, gourmet cooking and pets. She was a member of the Curly-Coated Retriever Club and bred and loved many dogs, yet much later in life adopted a cat. She also sailed around the world on the Queen Elizabeth 2 and around South America on the Queen Mary 2.She was known for her sense of humor. She was predeceased by her first husband, John E. Donovan and her cousins William West and James O’Neill. She is survived by her husband Allen A. Smith, daughter Virginia Donovan MD and son-in law Tom Eyerman of Roslyn, New York , daughter Althea Donovan MD of West Chester PA, her grandson Thomas Eyerman Jr and cousin Florence Dell’Arena and her family, and her many friends. Her funeral mass will be held on Saturday December 14, 2013 at 11:00 a.m. from the St. Mary’s RC Church, Roslyn New York. A viewing will be Friday from 2 p.m. to 4 p.m. and 7 p.m. to 9 p.m. at the Roslyn Heights Funeral Home, 75 Mineola Avenue, Roslyn, New York. Interment will be at St. Charles Cemetery, Farmingdale. Memorial Contributions can be made to Carol’s Cause Inc., 304 Barwick Boulevard, Mineola, NY. 11501-2103 or to Curly-Coated Retriever Club of America with a note “Roc Fund” c/o Andy Ayers, CCRCA Treasurer, 510 W. Harrison, Street, Maumee, OH 43537-2026

Marilyn D. Smith, 86, of Pembroke Pines, Florida passed away Monday, December 9, 2013 at Winthrop Hospital after a long illness. She was the wife of Allen A. Smith with whom she spent 45 years of a great marriage. She was born in Brooklyn,... View Obituary & Service Information

The family of Marilyn Smith created this Life Tributes page to make it easy to share your memories.

Send flowers to the Smith family.