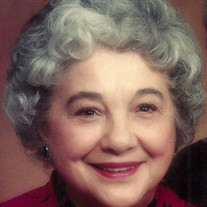 Sophia A. (Tesoro) Musci passed on at age 94 of natural causes on September 15, 2021 in Ann Arbor, Michigan. She was born to Pasquale and Antonette Tesoro in Brooklyn, New York, on April 19, 1927. The eldest of their two daughters, Sophia attended New York public schools where she excelled in both English and Mathematics. Upon graduation from high school she worked as a secretary for a major paper manufacturer and commuted to its office in Manhattan’s Rockefeller Center. In her leisure time, she enjoyed the halcyon days of popular music, attending dances in ballrooms in Brooklyn and Manhattan, and beginning what became an encyclopedic knowledge of the Great American Songbook. It was at one of the dances that she met the man she would marry, Michael Musci. The new couple moved out to Long Island where they raised three children and established lifelong friendships. Michael Musci became an elementary school teacher in Levittown Public Schools and when their children entered grade school,Sophia worked in a clothing design studio that made prototypes for the leading retailers in Manhattan. In the little time she could spare from taking care of her children, she performed in a community theatre troupe that mounted plays written by faculty from the school system where her husband taught. In order to accept an opportunity to be trained as an elementary school counselor, Michael took a sabbatical and the family spent a year at the University of Rochester in upstate New York. On their return he followed his newfound passion by accepting an offer from Okemos Public Schools in Michigan to be an elementary counselor. The family settled in East Lansing, Michigan, where the children finished high school, and Sophia worked as an executive secretary for Michigan State University and as executive assistant for the Leadership and Professional Development department of the Michigan Education Association. A voracious reader, she volunteered at the East Lansing Public Library and read books aloud for visually impaired people in a program at Michigan State University. She participated in a book club with colleagues for decades and remained in East Lansing until moving to Ann Arbor to be closer to her daughter’s family. Among her traits, one most often stood out: A warm demeanor that made fast friends out of virtually everyone she met. To say that she was a pleasure to be around is an understatement; and to say that she was a model for her descendants is a fact. She is survived by three children, Michael Musci, Jr. (Rosemarie), Thomas Musci(Jeanette), and Adrienne Musci (Michael); three nieces, Nancy Gilbert (Joe),Andrea Dross (Stan), and Barbara Catalano; six grandchildren, Megan Christin(Michael), Gabrielle Fisher (Andrew), Paloma Palmer, Miles Grofsorean, Nicolas Grofsorean, and Isabella Grofsorean; and four great-grandchildren, Patrick Christin, Clare Christin, Grace Christin, and Noah Fisher. She is preceded in death by her parents, Pasquale and Antoinette Tesoro, her sister Angela Catalano, and her husband, Michael Musci, Sr. She will be buried next to her husband at St. John Cemetery in Middle Village, New York. The Funeral Mass will be held on Friday 9:45AM at Our Lady of Hope Church. Interment to follow St. John's Cemetery. Please be aware the New York has a mandate that masks must be worn indoors, and the family would prefer those attending be vaccinated as well. In Lieu of Flowers: Contributions in her name may be made to Living Beyond Breast Cancer (www.lbbc.org).

Sophia A. (Tesoro) Musci passed on at age 94 of natural causes on September 15, 2021 in Ann Arbor, Michigan. She was born to Pasquale and Antonette Tesoro in Brooklyn, New York, on April 19, 1927. The eldest of their two daughters, Sophia attended... View Obituary & Service Information

The family of Sophia A. Musci created this Life Tributes page to make it easy to share your memories.

Sophia A. (Tesoro) Musci passed on at age 94 of natural causes...

Send flowers to the Musci family.