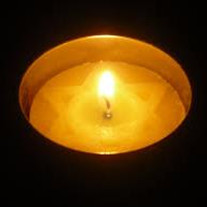 Both county executives made Newsday’s 50 Who Run Long Island list. As did town supervisors, the region's top prosecutors, political party bosses, a future U.S. senator and the bishop of Rockville Centre. Mortgage broker Stanley Greenstein made the list too, each time it was published in the 1970s. Greenstein — who died Feb. 1 at 91 at the Calvary Hospital hospice in the Bronx, said his son-in-law, Justin Meyers — was part of “a smooth network of five men whose firms have a basic lock on the Island's market," Newsday wrote in 1974, the first time Greenstein made the list. The firm he would eventually take over, the Seldin Organization, started in 1900 and has processed and placed more than $1 billion in financing for the metropolitan area in condominiums as well as developments since 1945, according to the firm’s website. The Seldin Organization "puts together condominium applications and construction financing for builders, working as middle men with the banks," Newsday wrote in the 1974 article. He also lobbied Albany on behalf of brokers’ interests, helped veterans get mortgages, and helped lead the Long Island Builders Institute, the New York State Builders Association as well as other organizations. "Greenstein has managed to maintain power through expansion of interests. One successful venture has been to set up financing for condominium conversions," Newsday wrote in 1978, the second time the list came out. "For instance, if a Great Neck apartment house owner finds that his expenses exceed profits from rental increases, he might consider converting his building into a condominium project.” In 1967, Greenstein helped move the firm's office from Jamaica, Queens, to Valley Stream, “following its customers to where they are … the mortgage action today is moving steadily eastward," Newsday wrote at the time. "Now the center of activity has shifted to Long Island," he told Newsday in the article. Greenstein first came to the firm in the 1950s. He had put an ad in the newspaper seeking work, and Seldin answered and hired him. He later became a partner and bought the others out in the late 1960s. Stanley Greenstein, who also went by Stan, was born Feb. 28, 1928, to Louis Greenstein, who owned a men’s apparel firm and invested in real estate, and May [Safferstone] Greenstein, a homemaker. He was born at the couple’s house in the Bronx, on Harrison Avenue, and raised in the borough, the youngest of three children. The family, of Lithuanian and German ancestry, were Orthodox Jews. He graduated in 1945 from DeWitt Clinton High School. In 1949 Greenstein graduated from what is now New York University’s Leonard N. Stern School of Business. Between 1946 and 1947, he served in the Army, earning the rank of sergeant, according to military paperwork provided by Meyers, the chief of staff for the Suffolk County district attorney, Timothy Sini. Greenstein held entry level jobs in advertising in New York City and worked on the account for Lucky Strike cigarettes. A Newsday article published on Aug. 25, 1967, highlights Stanely Greenstein, who was a mortgage broker. He moved to East Meadow in 1956 with his first wife, Gloria Greenstein, whom he married in 1952, to raise their children in the suburbs and for business opportunities, Meyers said. The couple separated in 1975 and divorced in 1978. Later that year, he married Jane Ellen Holfelder. The two met at his firm and she later became his partner there and continues to operate it. In addition to his wife, Jane, he is survived by his children, Mark Greenstein, of West Hartford, Connecticut; Gail Greenstein of Maplewood, New Jersey; Gary Greenstein of Bethesda, Maryland; Scott Greenstein of Harrington Park, New Jersey and Tracey A.G. Meyers of Babylon. His older siblings, Jerome I. Greenstein and Florence Kiehn, predeceased him, as did his daughter Lori Greenstein, who died in 1961. His funeral and burial were Feb. 4 at Beth El Cemetery in Paramus, New Jersey. The family declined to provide a cause of death.

The family of Stanley Greenstein created this Life Tributes page to make it easy to share your memories.

Both county executives made Newsday’s 50 Who Run Long Island...

Send flowers to the Greenstein family.