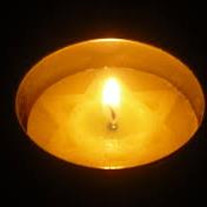 Susan (Suzi) Schwartz On Friday April 5th, Susan (Suzi) Martha Schwartz, loving wife and mother of two wonderful children passed away at the age of 67. Suzi was born March 17, 1952 in Fall River MA to Isaac (Izzy) and Tylda Schwartz. She received her undergraduate degree from Simmons College in Boston, her Masters Degree from Bucknell and her PhD in Bio Psychology from the University of Massachusetts. She mixed her love of animals and science by doing behavioral research at the Yerkes Primate Center in Atlanta, and then at the Caribbean Primate Center in Puerto Rico. She specialized in obesity research and later worked at Hoffman La Roche and then Glaxo Smith Kline in the treatment and prevention of obesity. It was in Puerto Rico that she met Steve Livingston and they were married on September 1st, 1985. They raised a son, Zachary (Zach) and a daughter Molly. The family lived in Old Tappan, New Jersey for 23 years after returning from Puerto Rico and moved to Crozet, Virginia in 2016. Suzi indulged in her two passions, raising Bernese Mountain Dogs and plants. She was known by all as an incredibly nurturing and loving person, a warm and compassionate spirit. Suzi was preceded in death by her parents Izzy and Tylda, her brother Barry and her nephew Charley. She is survived by her husband Steve, her children Molly and Zach, Zach's wife and her daughter in law Lindsay, her sister Virginia (Ginny), and many nieces, nephews, cousins and in laws. Also, by her 3 Bernese Mountain dogs, Izzy, Logan and Sadie. A memorial Service will be held on Sunday April 14th from 1:00 - 3:00PM at Roslyn Heights Funeral Home, 75 Mineola Avenue, Roslyn Heights, NY 11577. Phone #516-621-4545. Shiva will be held that evening at the home of Hy and Verna Livingston, 31 Secor Drive, Port Washington NY from 5:00 - 7:00PM. In lieu of flowers, donations can be made to the ASPCA at aspca.org.

The family of Susan (Suzi) Schwartz created this Life Tributes page to make it easy to share your memories.

Send flowers to the Schwartz family.